One of my favorite authors is Patricia Briggs.What made me love this author is a wonderful array of creatures and troubles that come with them.

I read, love and own two of her book series:

So far there are eight books in the series. I own first seven and the last one Night Broken is on my wishlist!

Mercy Thompson’s life is not exactly normal. Her next-door neighbor is a werewolf. Her former boss is a gremlin. And she’s fixing a VW bus for a vampire. But then, Mercy isn’t exactly normal herself.

Mercy is an inspiring strong female leading character. She is suprisingly down to earth and easy to relate to. There are some love interests for her in the books but they enrich the storyline.

There is also a graphic novel version of the series which is also on my wishlist! 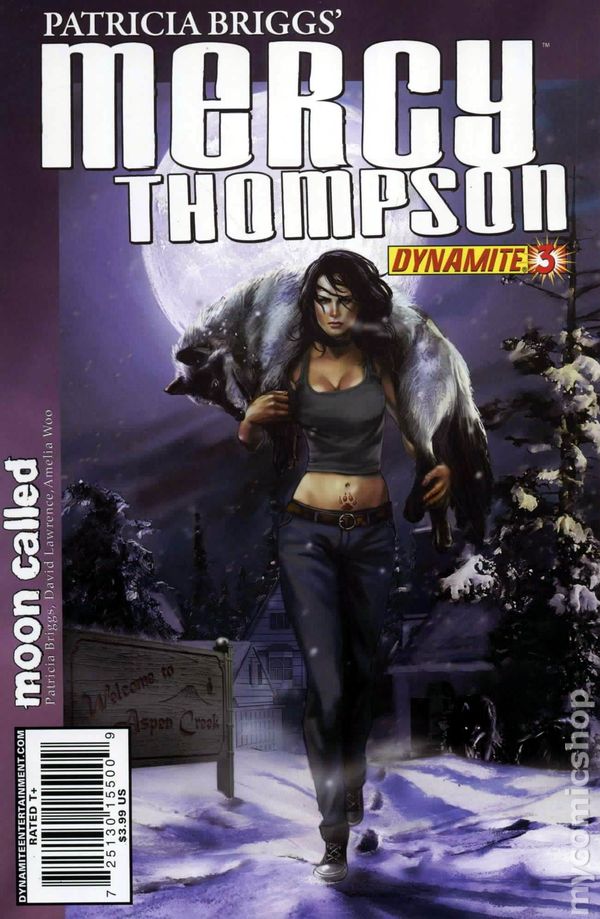 Let me just say this again: she is ubrecool awesome female character!

This series has three books and the fourth one Dead Heat is announced for next year!

This book series is running in sync with Mercy Thompson series. They are both in the same world but written from different characters point of view.

Anna never knew werewolves existed until the night she survived a violent attack…and became one herself. After three years at the bottom of the pack, she’d learned to keep her head down and never, ever trust dominant males. But Anna is that rarest kind of werewolf: an Omega.

This series started out with short novella which came out in paperback in On the Prowl short story collection and as a single eBook novella.

Story starts with some political werewolf pack intrigue and continues with love relationship of the two main characters. It is mostly centered on werewolves and their traditions.

There is also a short story collection edition Shifting Shadows by the same author. Stories are set in the world of both book series.

What drew me to this author are some book recommendations and really awesome book cover art! They are all made by the same author Daniel Dos Santos. It kinda bugged me first that artist decided to make Mercy’s tattoos different on each book cover. But now it makes for some nice variations!

These are great stories and great characters. I strongly recommend them to every one who wants to read something really really cool!

Here is what they look like on my shelf! Notice the artwork on the spines!

One thought on “Patricia Briggs book series I love and own”