Find a book with multiple PoVs – Game of Thrones (Song of Ice and Fire book 1 ) by George R.R.Martin

This is Croatian edition of Game of Thrones (Song of Ice and Fire book 1). This book has reached a status of national pride since the TV series is being filmed in Croatia. The series has been first published in the late 1990-ties and this jacket has been added when the TV series came out. I bought first season collection and I got the first book AND a T-shirt as a present.

This is what the cover under the jacket looks like 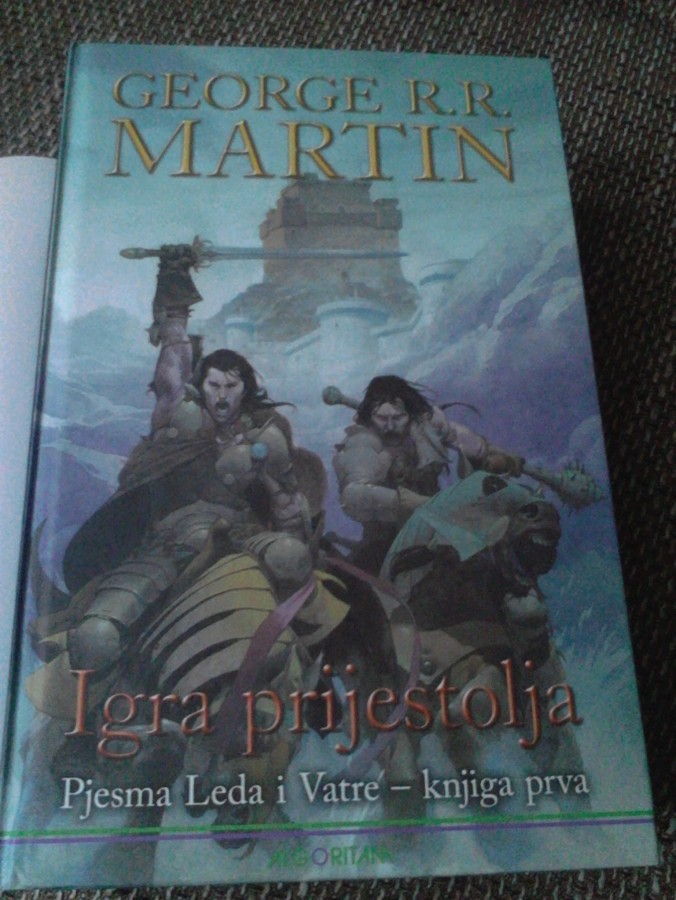