Lair of the White Worm by Bram Stoker

From the author of famous Dracula comes this … By the info on the author included at the end of the book I managaed to rationalize the reasoning for this book – he was an obnoxious proper Englishman (I know he as from Ireland originaly) who worked as a producent for a theather and all those plays got to his head for this story read more like a script for how mechanical the scenes and characters seemed. Must not  forget that this was written after Dracula. I expected some cool ghotic horror story and maybe a little something to brag about I read a book by Bram Stoker that is not the Dracula… 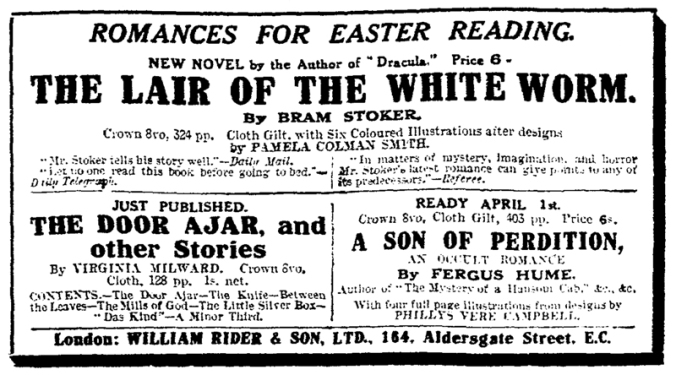 Plot revolves around a younger man named Adam Salton who comes to England to meet his old great-uncle for he seemes to be his only next to kin. Story is filled by many historical quirks and mentioning of older history of England soil – from before the times when Romans brought civilisation on British islands. What was most annoying for me to read were there dominance stare contests, which I later discovered were part of MESMERISM fad that was popular in 19. centuary England. 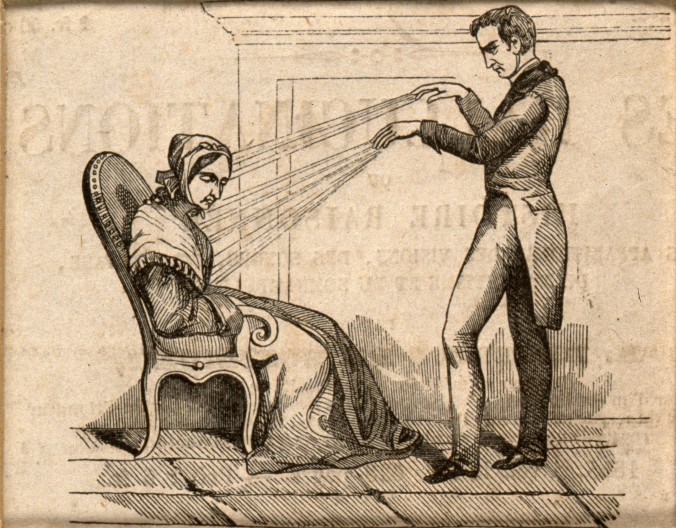 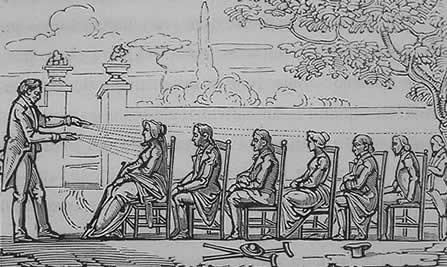 If you are still confussed here is another picture in which the hand motions of power weilding are shown as well.

And also there is severe racist theme trought the book. It is directed towards the only black character fittingly named Oolanga. Characterisation of Oolanga and the way he is treated by other characters speaks volumes of the authors thoughts on black people and people from Africa in general.

Portrays of all three female characters were at times insulting to read. They get to be weak and need protection or evil and need killing.

The plot was mechanical like it was written to be a script for a really bad play. I would not recommend this book for anyone looking for a good way to pass the time reading. Those with more morbid tastes in reading go right ahead!

And while you’re at it you might want to try this movie with the same title. The plot is a bit different but it seems as it was based upon this book