I’ve been on a bookish fast for the better part of the last year. Naturally I’ve managed to compensate for it in one single shopping spree!

Here is the result! 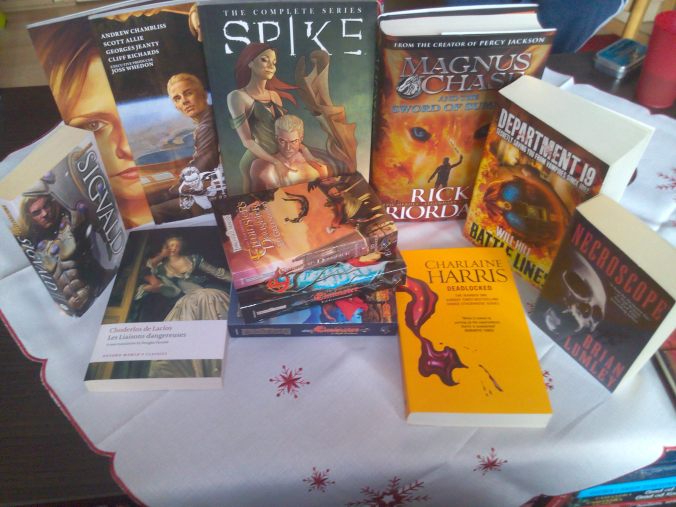 Books I bought in January:

Spike: The Complete Series (Angel: After the Fall) by Brian Lynch, Nicola Zanni

Battle Lines (Department 19 #3) by Will Hill

The Temptation of Elminster (Forgotten Realms: Elminster #3) by Ed Greenwood

Now all I need is a spring cleaning spree to house them all properly!