I enjoy playing RPG games both pen and paper versions or in the form of video games. RPG (Role Playing Games) usually have a lot of background stories and interesting characters. Sometimes a certain character can bring out the whole RPG universe. One of the most prominent characters that do so is most definitely drow elf ranger Drizzt Do’Urden. He is one of the most important figures from Forgotten Realms universe. Here I must confess that the only book I’ve read from the whole 20+ The Legend of Drizzt books is the first one – Homeland. While I enjoyed finding out more about the character and his beginnings in the Underdark city Menzoberranzan ruled by unusually cruel matriarchal society, what stopped me from continuing with this book series was a fact that it was PG rated in accordance with American market demands. I have an issue with violence in books being ignored and sexual situations censored to the point of removing them altogether. I find it hypocritical and that ruins my reading mode. 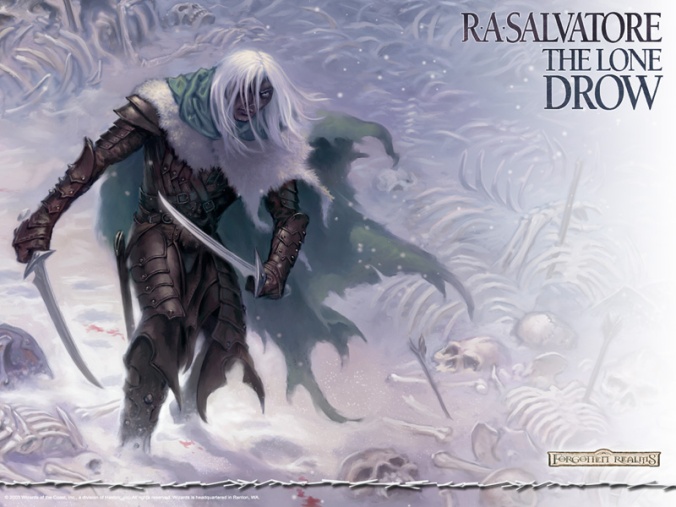 Trough the years I’ve taken an interest in some RPG novelization editions from the games I play.  Some I even started collecting with the desire to read some time in the future. As it happens with many books I buy the time passes and the books are left unread. Here are some of the books I’ve managed to collect that drive their inspiration from different pen and paper RPG settings. 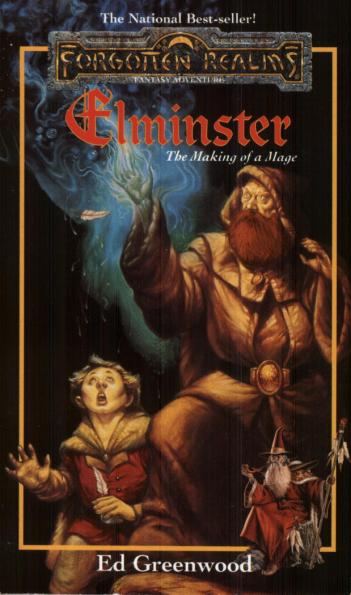 Elminster: The Making of a Mage

I got really interested in this book series while I was playing Dungeons and Dragons Online video game. It was one of the expansions from the game where the character Elminster was introduced as narrator. I remember how the gaming experience soared and how awesome I felt while playing the game. Originally Elminster is one of the most popular characters from Forgotten Realms universe. He is not as known as Drizzt since he is usually depicted as an old mage. I have first three books and the fifth one from this series. I use the fact that I’m missing the fourth book as to why I haven’t started reading them yet…

While I’ve never played the actual Warhammer pen and paper or video game RPGs, I got interested in this universe while playing board game Chaos in the Old World. The mythology of this quite brutal setting made an impression on me so much that when I discovered this book in a bookstore by chance I just grabbed it and decided to buy it. The main character is aptly named Prince Sigvald the Magnificent. The warring theme is not one of my favorite but I am interested on how it all pans out.  Moral ambiguity and the intriguing main character are still looking at me from the shelf and patiently waiting to start with the reading… 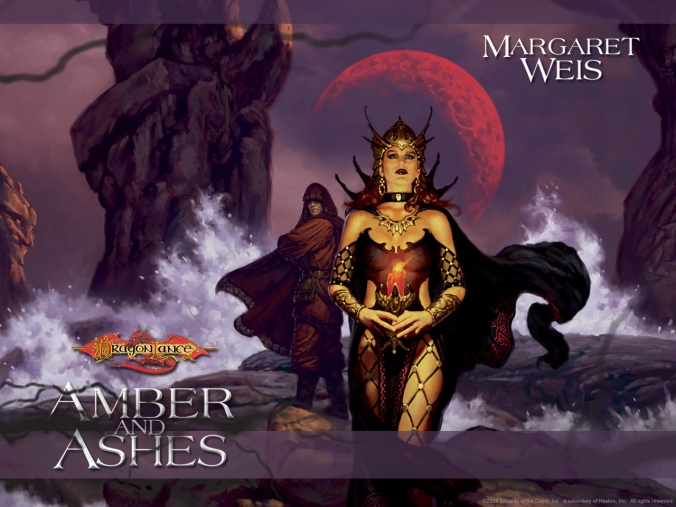 Back when I was a student I was working in a game store. Among many things they sold there were some fantasy books as well. This was one of my first RPG book purchases. It is also the only such book I own in hardcover. For some reason Dragonlance was never one of my favorite settings. I actually bought this book since it seemed interesting way to get myself more familiarized with Dragonlance. What sealed the deal for me was a slightly vampiric themed innuendo. This book series is a trilogy and I own the first and the third book. I remember reading the first but I’m unsure how far I’ve read trough. The fact that I can’t seem to find affordable second book in hardcover is another excuse not to finish the first book…

I, Strahd: The Memoirs of a Vampire

Strahd von Zarovich is one of the main protagonists in the Ravenloft universe. Ravenloft is a part of the Dungeons and Dragons setting with a bit of a macabre horror spin on things. It comes off as Dark Ages world with vampires, ghouls, lords and lieges array of characters. It is also one of my favorite settings to play RPG pen and paper campaign. I was delighted to hear it will be implemented into Dungeons and Dragons Online MMO video game this December. It made me interested in DDO again. This book is the only novelization I have from the book series that counts something over twenty books in total. I bought this book earlier this year on sale.

While I enjoy good RPG games I realized that I am more than a little behind on reading the novelizations I own. This, naturally doesn’t mean that I don’t have some other novelizations on my wishlist! I would love to get my hands on some of the World of Darkness novels since I’m a huge fan of the RPG world and the vampire theme in general.

If you have some recommendations for RPG novelizations like those above please send them my way 🙂 In the meantime enjoy this picture of my RPG books!