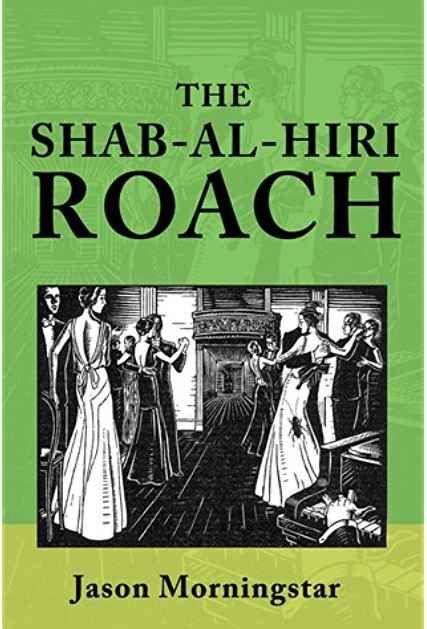 This was an impulse purchase in homage to the role playing games I used to play. I got it late last year and got to reading it after I pulled it out of my TBR Jar. First of all let me explain what kind of book this is. This short little booklet contains a Lovecraftian RPG (role playing game) meant to play in the course of one evening or afternoon for fun. It comes with a set of forty cards for players to use. I liked the concept of a weird setting with dark comedy elements at the start of the twentieth century academic environment. I wanted something short and quirky to try out with some of my friends and gaming group. 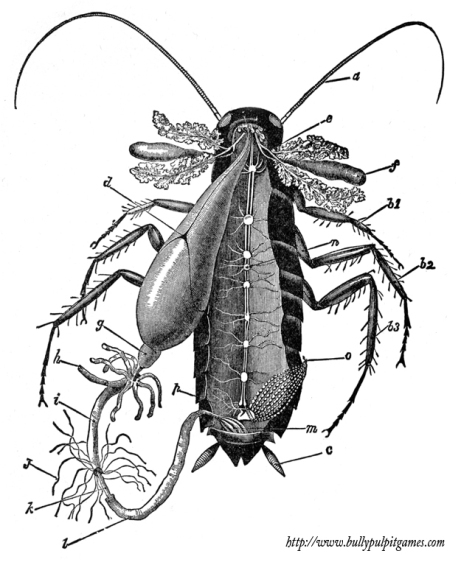 This Indie RPG book is filled with black and white illustrations and news clips from the Pemberton University. The time this adventure is set is in 1919. and it starts with a tragic death of the university entomologist William Appleby-Jenkins. This story then follows the escape of a new and unique species mentioned entomologist brought back from his  expedition in the Mesopotamia region where he discovered the specimen in the cave near the Shab-al hiri potash mine (potash is a substance used mostly as a fertilizer in potassium poor soils).

The game is meant to be played without game master and that sets it apart from most other RPGs I am familiar with. The game can be played with 3 – 8 players but it is recommended for 4 – 5 players. Each player will need a character sheet that is available at the site of the designer Bully Pulpit and can be found along with some other merchandise  –> HERE

Along the character sheets, players will need a variety of playing dice from four sided to twelve sided that can be found in most RPG dice sets. Last thing the players will need are somewhere around fifty tokens that will represent characters reputations – the coins are suggested and of course some snacks and good humor. All players are meant to take a role of one Pemberton University residents and faculty.

Book has six chapters that explain everything from character creation and sequence of play to scene framing and resolving of the conflicts. The conflicts are encouraged and the players are instructed to use their imagination within the bounds they set for themselves. The whole game is meant to be played trough six Events during which every player has a chance to construct the scene to benefit his reputation. Players bet their reputation points on the outcomes and winner is determined by roll of the die. Players are supposed to play the scenes according to the results.

Plot revolves around an ancient life form that is the The Shab-al-Hiri Roach – ” a soul-eating telepathic insect bent on destroying the human civilization.” Players can choose to let it control them willingly which will give them more chances to come on top in conflicts with other players. To win the game after the last Event players need to find a way to have the most reputation and be free of the Shab-al-Hiri Roach’s influence.

I did not try this game yet. What I did not like about it is how much it reminds me of improvisation groups and actor practice groups. Something about it in the end did not sit well with me and I did not find the theme inspiring enough. Games like this one by my experience, tend to balance mostly on the motivations and involvement of the participating players. I was also not very impressed with the quality of the cards provided with the book. The game won a Kenneth Hite’s 2006 Outie Award for its uniqueness. I’m glad I got to read trough it for my TBR Jar Draw reading challenge.

One thought on “The Shab-al-Hiri Roach – Book Review”