I’ve finished reading All These Things I’ve Done (Birthright #1) by Gabrielle Zevin and I’ve even made a review – you can check it out HERE. 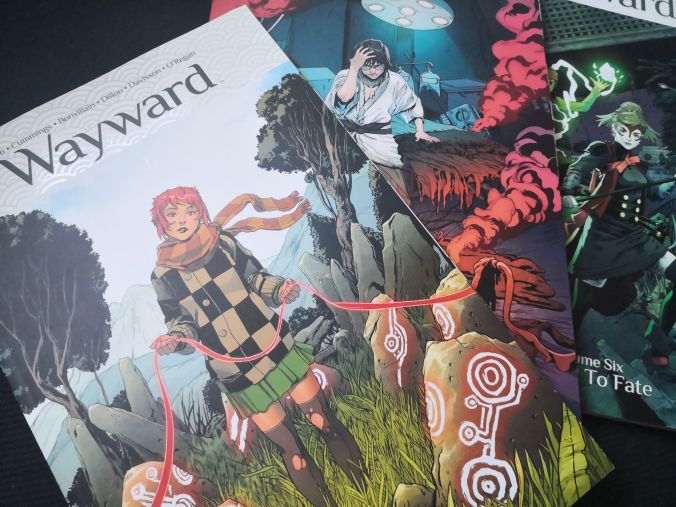 I’ve finished graphic novel series Wayward. Threads and Portents (Wayward volume 4) was on my list but I went with it and finished the series by reading Tethered Souls – Volume 5 and Bound to Fate – Volume 6. I was pleasantly surprised with short essays at the end of each volume. They explained motives authors used and gave much appreciated insight into Irish and Japanese lore. The main story was well rounded and it almost seemed too short for all six volumes. Each character was carefully presented and readers were only hinted at the back stories they all seemed to hide. I am very happy with this graphic novel series.

My edition of Neil Gaiman’s Norse Mythology is a limited special edition with a box made by small Croatian publisher Mitopeja. It is extremely limited to only 500 numbered copies and specially designed from materials used to create it to carefully picked out font and cover design. In comparison to other editions on the market Mitopeja is one of the most beautiful and therefore a bit on the expensive side. Reading a book that is a work of art itself is an experience in itself. While the dark black is predominant on the book design the title and some of the stars on the cover are made to shine in the dark which gives it more shelf visibility when you least expect it!

Norse Mythology was an interesting read for me. I was very surprised at just how much I already knew and was familiar with from Rick Riordan’s Magnus Chase and the Gods of Asgard series. The pacing of the stories was easy to read and the motives reminded me of my childhood and reading collection of folk tales from different countries of the world. These used to be my favorite as a child since they were short and I had difficulties of staying focused on longer literary forms. Folk tales teach readers that some things can’t be taken literally and sometimes a reader just needs to go on board with the stories rather then questioning logic where mystery and magic reside.

After these my Summer reading challenge score is thirteen books read and only two left. I’m starting with the last graphic novel Angel & Faith: Live Through This (Season 9, Volume 1) and might again read more than one. I’ve left Vampire Academy for last just in case I want to continue the book series which I already have on standby and ready. I think both titles will be done by next Monday update which will mean I will be done with the challenge soon! 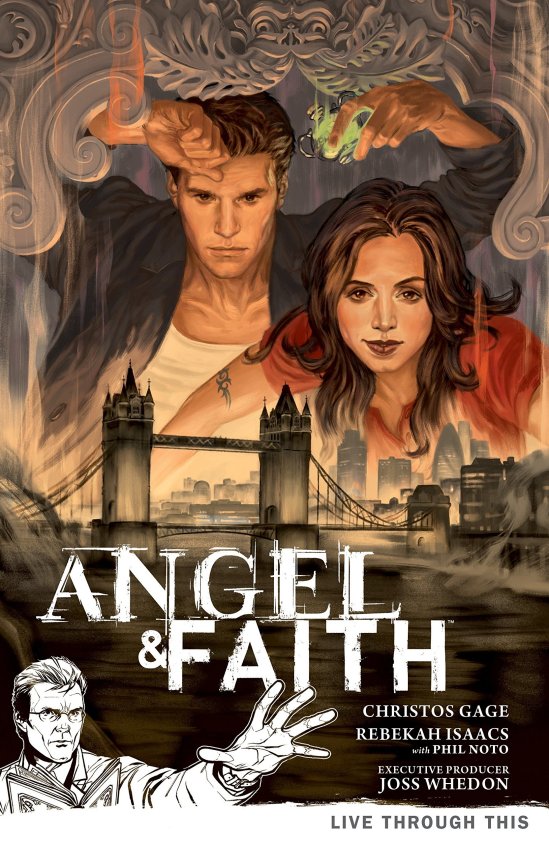 A ✔ Anna Dressed in Blood (Anna book 1) by Kendare Blake
N ✔ Norse Mythology by Neil Gaiman
A  * Angel & Faith: Live Through This (Season 9, Volume 1) by Christos Gage, Rebekah Isaacs (Artist)
S ✔ The Ship of the Dead (Magnus Chase and the Gods of Asgard book 3) by Rick Riordan
T ✔ Wayward, Vol. 4: Threads and Portents (Wayward volume 4) by Jim Zub
A ✔ The Demon Prince of Momochi House, Vol. 1 by Aya Shouoto
S ✔ Sigvald (Warhammer Heroes #4) by Darius Hinks
I ✔ I, Strahd: The Memoirs of a Vampire (Ravenloft #7) by P.N. Elrod
A ✔ Serpentine (Anita Blake, Vampire Hunter #26) by Laurell K. Hamilton