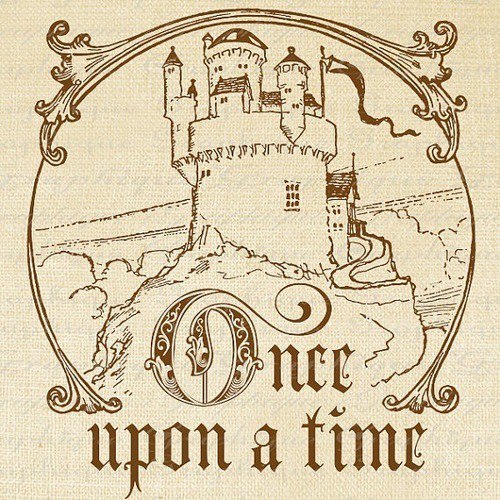 I love reading books with compelling stories. When I was little I used to read a lot of fairy tale collections from all over the world. This fascination never really stopped. As could be seen from some of my favorite boardgames it has followed me from one hobby to the other. Some of my favorite boardgames have a storytelling mechanic of sorts. While reading is a mostly solitary activity; playing boardgames is for the most part something that can be enjoyed with other people. To both sides there are exceptions and some boardgames are designed as an awesome solo experience as well. Here are some of the boardgames that can tell a great story and can be enjoyed with others!

Tales of the Arabian Nights

The version I will showcase here is the reimplementation of a same title game from 1985. The players take on a role of a character from the world of 1001 Nights and travel the map of Eurasia and Middle East in daring adventures. What I really love about this game is how immersive it can be for all the players involved and not just the players whose turn of play it is. While one player decides his choices other players are equipped with matrices and tables to read out his options and results. While every player is a master of his own destiny some choices can lead to magical hidden places others can get a player turned into a monkey AND imprisoned at the same time.

As the game progresses the storytelling aspect comes strongly to the fore. The results of the encounters are read from a hefty book with more than 2000 options to explore from which provides for the ample replay ability of the game. The game is decorated with beautiful illustrations and vibrant colors.

It was published in 2009. and designed to be played solo or with up to six people. The experience and length of the game will slightly vary depending on the number of players but it is roughly around two hours playing time. The game is welcoming to both new players and veterans for it is easy to teach. 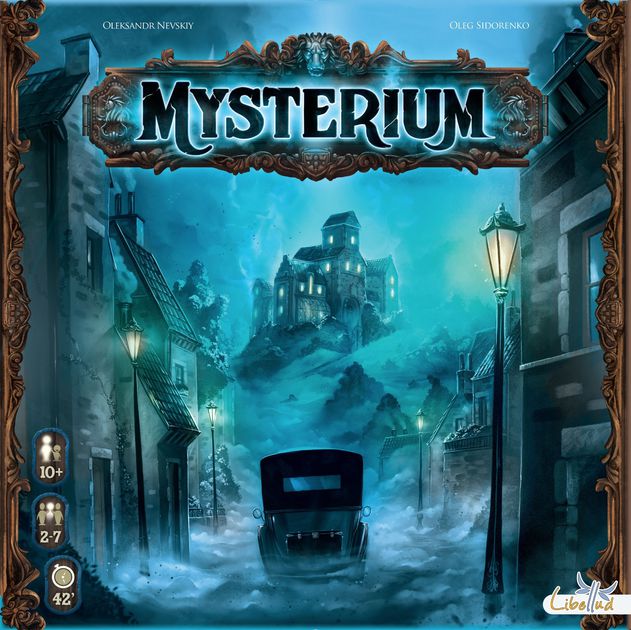 Mysterium is one of those games that can be used in creating an unforgettable evening with friends. Story behind the game and the players ability to immerse themselves into the game are the best parts and the players all play cooperatively to win the game together. The game plays strongly on the mechanics of association and pattern recognition. In the lieu of Victorian mysteries and decadent parties the theme is strongly set. The premise of the game is that one player is a ghost and each other player is a renown psychic. There has been a mysterious murder and police need some supernatural help with the case. All players are invited to the spooky manor to help with deciphering what happened with the help of a ghost who will send them clues trough visions.

The player who takes the role of a ghost will set the game and try to help other players solve their cases without saying a word using only vision cards. The seance lasts for eight rounds represented by the mantel piece clock. Thematically it is aptly described as the time when the veil between world is the thinnest and the ghost can send players visions.

This is a deduction party game in which ghost player sets the pace of the story for each other player. Mysterium has been published 2015. and since then has had two expansions. The artwork is intriguing and vision cards especially set the spooky tone of the game. Many choose this game as a Halloween themed party game and with few simple touches to the decor it can turn to be a very fun time indeed. The game is meant for company from two to seven people and works excellent with maximum number of players. The difficulty can be balanced and set as per player needs.

Above and Below/Near and Far

Both of these games are made by an amazing author and designer who does mostly all the work needed to make a board game – from design and artwork to production and marketing. Ryan Laukat has made a set of incredible storytelling games that are almost a continuation of the experience from one to the other. The players get to explore and settle the fantastic world author has created. Both games have players reading from a story book of encounters with addition to more common boardgame mechanisms of set collection, card drafting and dice rolling.

Above and Below came out in 2015. and has a variety of promo pieces and even an expansion book of story encounters. Near and Far was published 2017. and with assortments of promotional pieces available has had a successful Kickstarter campaign for expansion named Amber mines late last year.

Both games are designed for 2 to 4 players and will take up to two hours of players time depending on the number of players. I have Above and Below and have kickstarted Near and Far expansion with all the addons including the game itself. I hope it will arrive by Easter and it is a favorite already.

This War of Mine

Thematically this is a darker implementation of storytelling into a board game. Main difference and innovation that this adventure survival game brought out a bit different players point of view. As many of other games offer roles of heroes and soldiers who do battle this game gives insight into the civilian life in war torn city. The theme and the game are meant for mature audiences. The most compelling sign to the craftsmanship of the game was acknowledgement by real life war and siege survivors on how authentic some parts actually are. 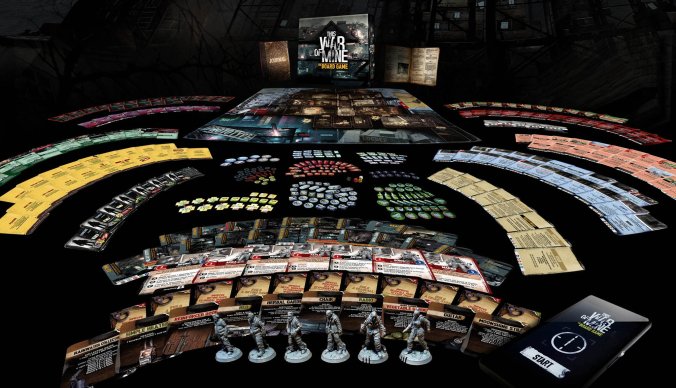 The players play together to make sure the characters they all control on their respective turns survive the active scenario goal. The board of the game has two sides, one for a house shelter and one for a community building. The book of scripts that players read out of is filled with myriad of unique story scripts and characters.

The artwork follows the theme in its dark and gritty design. Miniature pieces are well made. The game is designed to be played solo or up to six player together. It is fairly new game published 2017. Time of play can vary on how well the players handle difficulties set by the game from 45 minutes up to few hours. The people to play this game with should be chosen wisely since it is not light in play or theme and some parts might be too much for certain players to handle. There is also a video game counterpart of the same title. 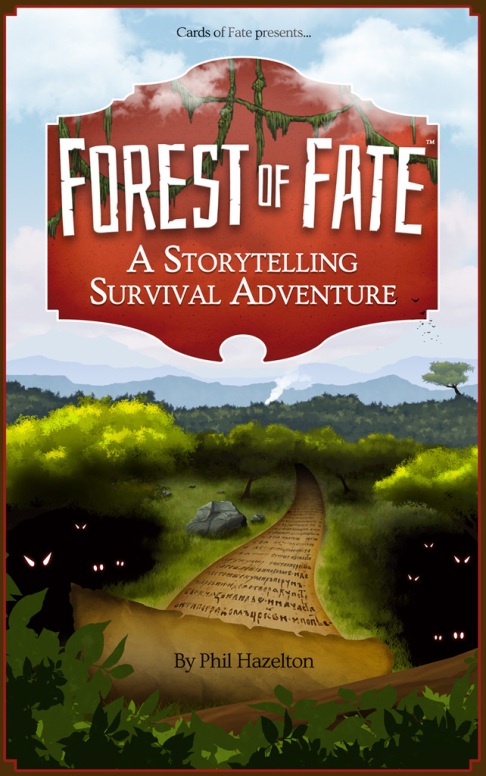 This last game I decided to highlight did not yet come out officially. While it was Kickstarter exclusive from last year the game should be arriving to the addresses of its backers very soon (March 2018). It is a somewhat smaller game in comparison to the others I mentioned. Also it puts a spin to storytelling games since its goal is for character players to get the chance to tell the story of their own great exploits. To do so they must come home.

Game welcomes players who are new to role play games and veterans. It is made for two to six players and lasts up to one hour. What made my mouth water was the neat design of the storytelling book. And said book is slightly bigger than the game box for it is meant to fit the shelf nicely. I don’t have much on this game since I have not played it yet but from all I have seen so far I am very exited to try it out!

Any boardgame lovers out there with suggestions of games I might have missed out on? Let me know!